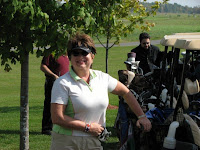 and Jack Murphy have sold out the LiveWorkPlay golf tournament for the second year in a row. 144 golfers will tee off on the last Tuesday in September, what will likely be for many their last game of the year.

It's the first fundraiser of 2008-2009 for LiveWorkPlay, and thanks to a $4000 sponsorship from Marcomm, the event is already off to a great start! Among the many contests at this year's tournament there will be an opportunity to win a brand new Dodge Caliber courtesy of Southbank Dodge Chrysler Jeep!
NEW YEAR'S EVE IN OTTAWA GOES PRIVATE
If you attended last year's awesome event in the ballroom of the Crowne Plaza and were intent on returning, don't worry, that's still happening. Sticks n Stones is back to keep the dance floor rocking, but the buffet is being replaced by a plated rib steak dinner, which means no tables to clear off the dance floor, and more time to celebrate!

To purchase tickets to the New Year's Eve In Ottawa ballroom party go to www.NewYearsEveInOttawa.com!
What's new for this year is the private members-only penthouse party! The 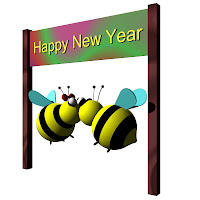 re will be a buffet dinner in the penthouse foyer, and DJ Paul "Bee Diddy" Hamilton will be spinning your requests all night long, and after dinner penthouse guests are also welcome to check out the ballroom.
To purchase tickets to the penthouse party you must a member of a Journeys or SMILE family, a volunteer, or a staff member. Qualified purchasers can also order tickets for guests they would like to bring along to the private party. For members-only tickets please click here.
FROM BILL 77 HEARINGS TO "THE ENCAMPMENT"
As reported last issue, self-advocate Jennifer Harris spoke out about Bill 77 (The Services for Persons with Developmental Disabilities Act, 2008) with a presentation to the Legislature of Ontario Standing Committee on Social Policy.
In an interview with Community Living Leaders, Jennifer reflected on her high school experience of isolation and low self-esteem. It turns out she is not alone. Many of her SMILE colleagues had similar experiences, and they are ready to speak out about it. They'll have help from local writer Drew Williamson, who is in training as a creative collaborator for The Encampment, a large-scale participatory art installation that will be on display at Major's Hill Park from October 2-4. 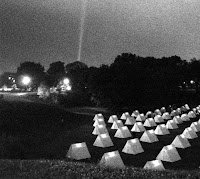 In partnership with the National Capital Commission (NCC) the project is beinggpresented by the Canadian Association for Community Living (CACL) as part of its 50th anniversary cultural initiative to bring national awareness to the inclusion of people with an intellectual disability.
The 50th Anniversary Conference and the pre-conference Global Forum on Inclusion are taking place in Ottawa from November 17-21. Topics will include the United Nations Convention on the Rights of Persons with a Disability and there are many free events, including the international gathering of families and self-advocates. Click here for conference information.
AN EXPLOSION OF NEW FACES
There has never been a September quite like it at LiveWorkPlay headquarters. From new volunteers, to placement students, to new SMILE participants, to new staff, it's been non-stop introductions and handshakes for two straight weeks!
There have been big changes at SMILE, which has created new demands for human resources, and volunteers and students are heeding the call. New part-time staffing positions have also opened up, not only for SMILE but for Journeys too!
The influx of half a dozen new participants comes as a result of LiveWorkPlay opening its doors to qualifying fee-for-service clients. LiveWorkPlay was told last year not to expect an increase in Ministry of Community and Social Services funding support for SMILE, which means new participants must bring with them their own funding. Although this option has only been available for a few weeks, there have been many takers, and others are knocking on the door. 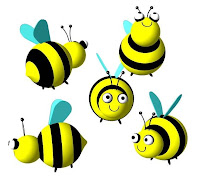 There is other evidence that LiveWorkPlay is earning a reputation as an exciting place to be. An advertisement for a 5 hour per week position supporting the Friday night Journeys program resulted in a whopping 46 applications from many highly qualified applicants.
There are so many new names and faces that it is going to take some time to catch up with it all. Watch for updated information in the staff and volunteer areas of the LiveWorkPlay website.
SUPPORT UNITED WAY CAMPAIGN 2008
The 10-week United Way Ottawa/Centraide campaign kicks off on the morning of September 24, with a breakfast at the Aberdeen Pavilion, Lansdowne Park. This year’s campaign theme The Promise we Share is a reflection of the values of th 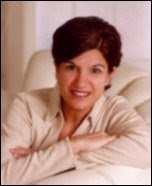 e 2008 campaign chair Sal Iacono. Inherent in the theme are the concepts of responsibility, optimism and inclusion: a great fit with LiveWorkPlay!
The LiveWorkPlay youth programs Journeys and ACES are currently supported with annual United Way grants. Felice Miranda, mother of Journeys participant Gillian Gillespie, is giving back as a member of the United Way Speakers' Bureau.

Felice had her first speaking engagement earlier this month at the RCMP headquarters workplace campaign, and scored 5/5 in all categories of the post-presentation survey!
You can give to the campaign in a variety of ways, including the printable form and secure online donation. If you would like to designate all or part of your contribution to LiveWorkPlay, you need to enter the charitable registration number 896222775RR0001 in the appropriate location.

IT'S ORIENTATION AND AGM TIME
All Journeys participants, SMILE participants, and their parents/guardians will be at the Hampton Inn on September 26 for the annual orientation event. It's a time to review the schedule for the year, and go over important information about upcoming deadlines, events, and opportunities.

The LiveWorkPlay Annual General Meeting will follow the Orientation. There will be presentations from the Board of Directors and Executive Staff, with a review of the past year and a look ahead to 2008-2009. 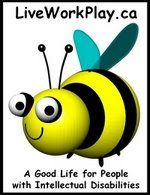 We hope you have enjoyed this 23rd edition of LiveWorkPlayNews. If you have received an email about this blog in error and/or you would prefer not to receive future LiveWorkPlayNews messages, simply click here and follow the simple instructions. That same web page can also be used by newcomers who would like to join LiveWorkPlayNews, so feel free to share the address with friends, colleagues, and family who might like to subscribe.
Posted by LiveWorkPlay at 22:04